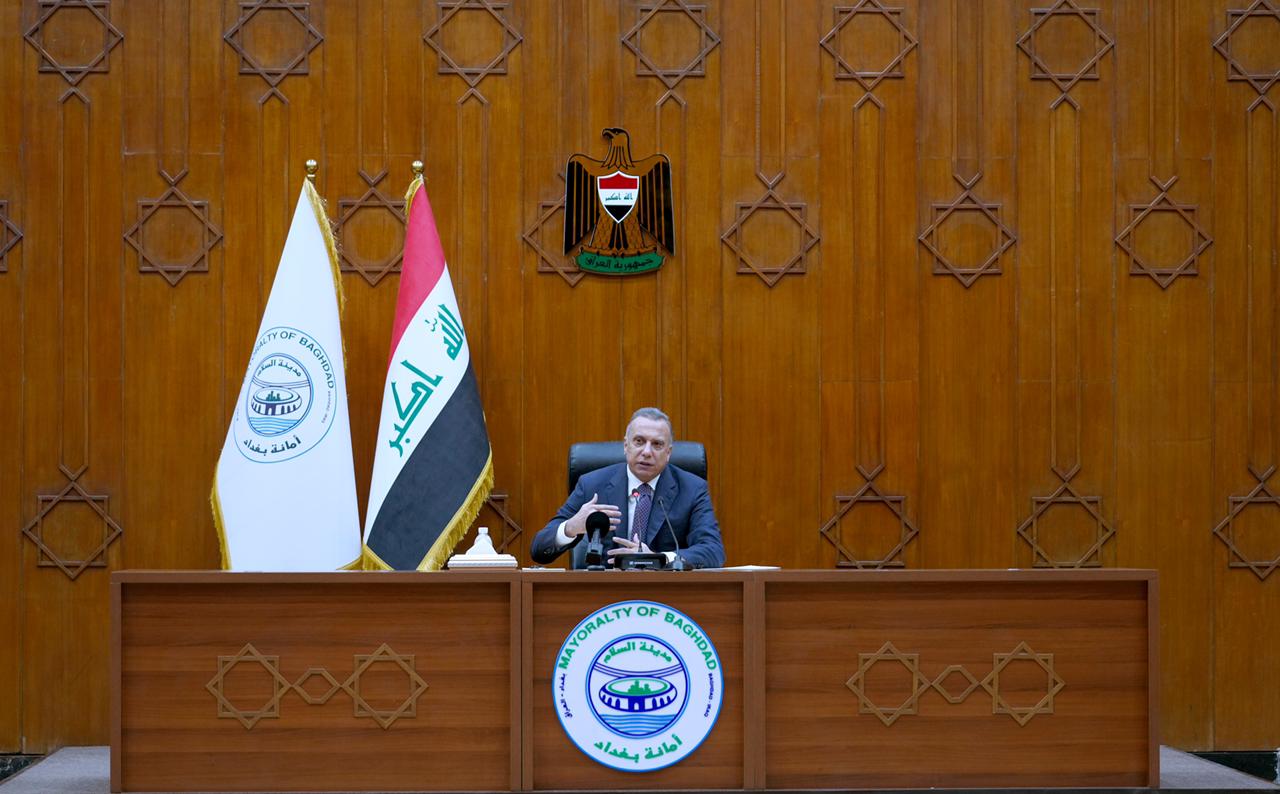 Al-Kadhimi's remarks came during a speech he delivered during a visit to the headquarters of Baghdad's municipality earlier today, Wednesday.

"Our visit is to gain first-hand information on the work here. We will be in direct contact soon," the Prime Minister said.

"The concept of 'Green Zone' must change. It shall be like it was. The names of old neighborhoods shall have their old names back," he added.

"The municipality has launched cleaning campaigns. We shall all work together for a clean Baghdad," he continued, "Baghdad is an ancient city. It has cultural features. Some of its streets have lost their identity. We shall retrieve this lost identity."