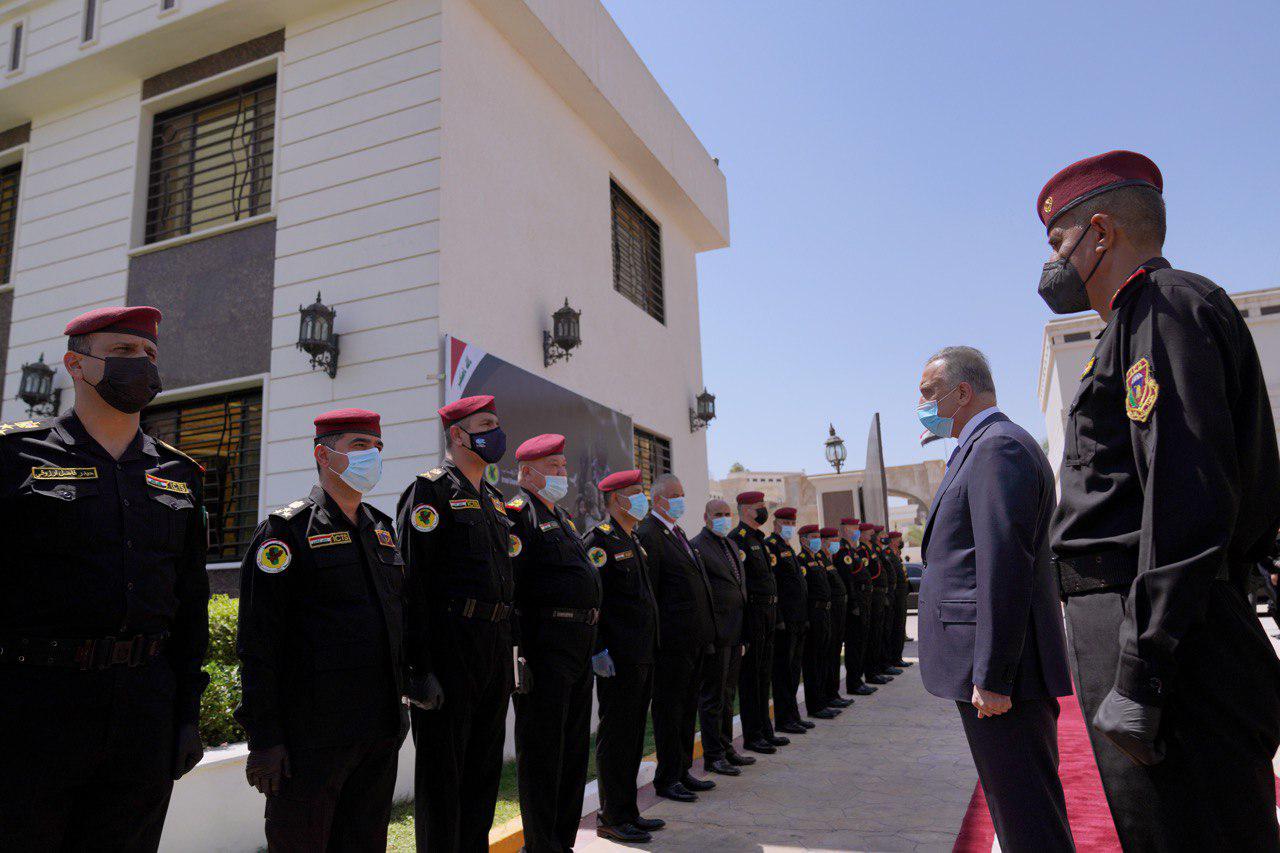 Shafaq News / The Prime Minister, Mustafa Al-Kadhimi confirmed, on Saturday, that the government relies on the Counter-Terrorism Service and the security forces to confront those who threaten the security and stability of society.

According to a statement by Al-Kadhimi’s office received by Shafaq News agency, "The prime minister conducted a visit to the Counter-Terrorism Service headquarter and opened a special center to examine those infected with Coronavirus, and he also met with the leaders of the Service and was informed of the plans of the security service."

According to the statement, the Commander-in-Chief of the Armed Forces expressed his pleasure to meet the members and officers of the service who gained the confidence of the Iraqis, due to the heroism they have achieved in the war against ISIS and the humanitarian behaviors with the people of the liberated area."

He said, "The Counter-Terrorism Service has gained an international reputation, and we must work to strengthen this reputation, through training and the consolidation of the principle of national belief."

Al-Kadhimi pointed to "the challenges facing Iraq at the current stage, and the government's keenness to confront them."

He stressed that "the government's bet today is on you and our heroic security forces, in confronting what threatens the security and stability of society."

Ahl Al-Kahf follows the secured calls between Iraq and KSA

Iraq is sliding in a "Wrong Course", Al-Kadhimi in a meeting with Ministers and Senior officials