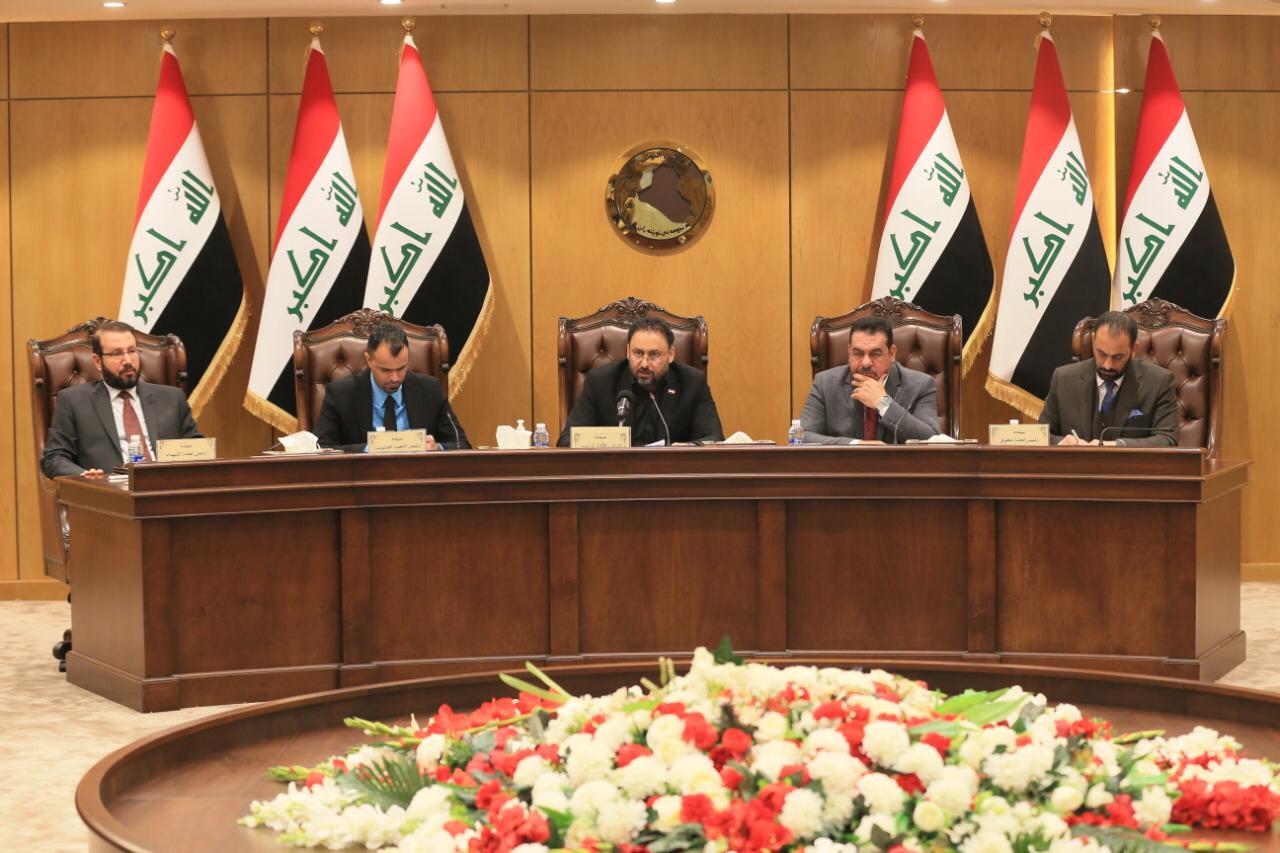 Al-Kaabi's office said in a statement that the latter headed today, a first of its kind meeting since several parliamentary sessions, to activate the law prohibiting the criminal Ba'ath.

According to the statement, Al-Kaabi called on the Independent High Electoral Commission and the Supreme National Commission for De-Baathification to apply the laws that eradicate the Baath Party from upcoming elections and all state institutions, stressing that the council of Representatives and its relevant committees must carefully monitor all measures taken in this regard.

The meeting came up with a series of recommendations, including the abolition of all exceptions granted to Baathists or those who glorify them in all state institutions, in addition to a request to the Finance Committee to include the draft budget for 2021, an explicit paragraph that stipulates, "the suspension of pensions for the apparatus of repression", as well as recovering the money smuggled to leaders and the former regime's personnel outside the country.

Al-Kaabi addressed, in an official letter, all ministries, governorates, bodies, and relevant authorities, informing the council of Representatives of the measures taken by their central and subsidiary committees related to raising the names of those included in the de-Baathification law within a maximum period of 14 days.

He called on media to abide by the provisions of de-Baathification law and emphasized the need to launch a campaign to publicize the Ba'ath's brutal crimes.

The Iraqi Parliament fails to amend article 140 of the constitution

The Parliament to vote on the budget bill soon, MP says

The Parliament warns of exploiting promotions for electoral purposes