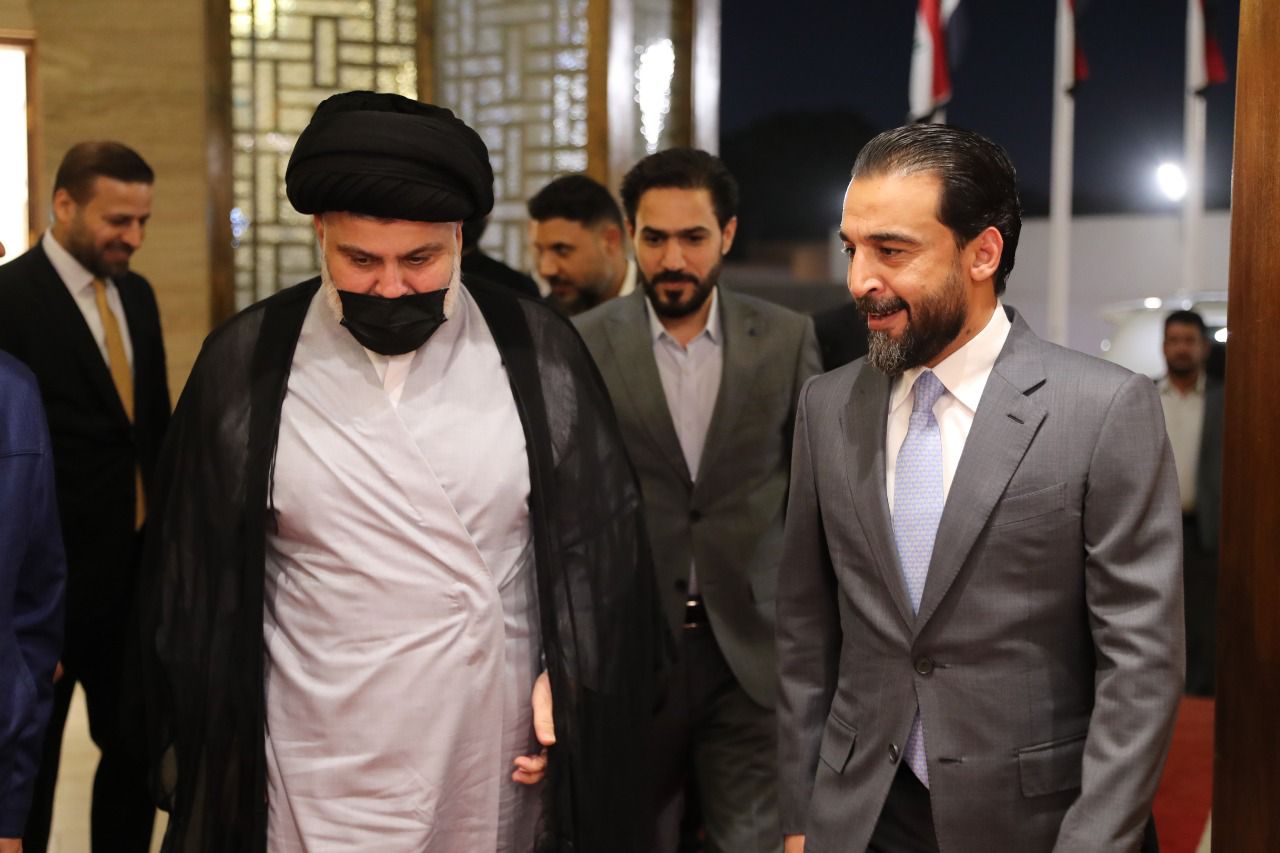 Shafaq News/ Al-Takaddom is leading an initiative to form the upcoming government that includes both the Sadrist movement, led by the Shiite cleric Muqtada al-Sadr, and the State of Law Coalition, Nouri al-Maliki, member of Asa'ib the Sunni bloc said on Monday.

Firebrand al-Sadr emerged as the biggest winner in the early parliamentary election held on October 10 earlier this year. His movement gained 20 seats to increase its total to 73 out of 329. Al-Takaddom, the Sunni bloc led by the Speaker of the outgoing Iraqi parliament Mohammad al-Halboosi, came second with 37 seats, four seats above Al-Maliki's State of Law.

Member of the al-Takaddom bloc, Yehya al-Ithawi, "the bloc has approached the political parties, primarily the Sadrist movement and the State of Law. We have understandings with the aforementioned parties to form the government after ratifying the results."

"Al-Takaddom has many seats...he is the closest to the Sadrists and the State of Law," he continued, "after the ratification of the results, everyone will start forming alliances to form the next government."