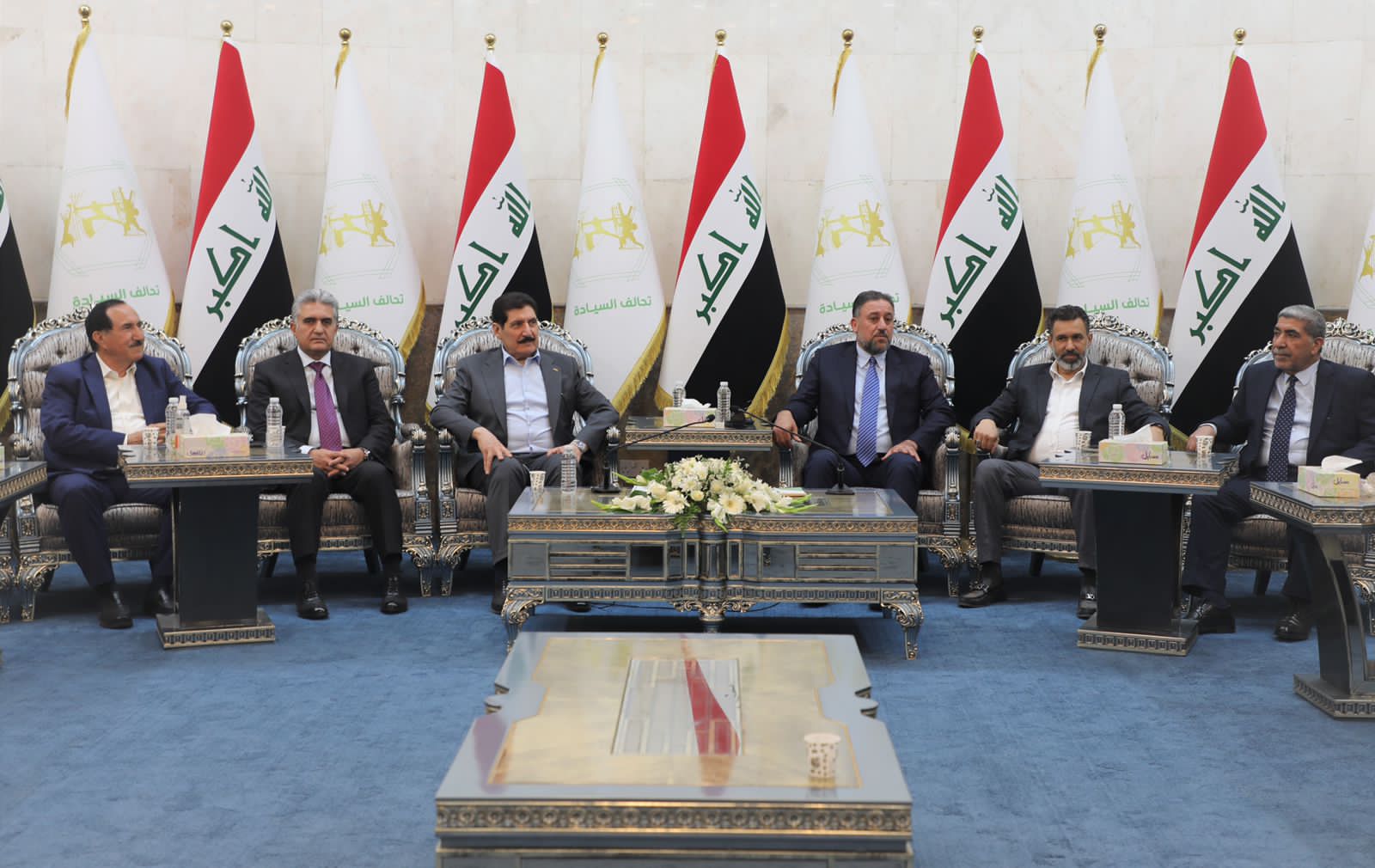 Shafaq News / The head of al-Siyada coalition, Khamis al-Khanjar, hosted a meeting that brought together the Sadrist movement and the Kurdistan Democratic Party, at his residence today.

A statement by al-Khanjar's office said that the meeting was attended by Parliament Speaker Mohammed al-Halboosi, and discussed the preparations for the Presidential vote session scheduled to be held tomorrow, Saturday.

Al-Halboosi meets with the King of Jordan