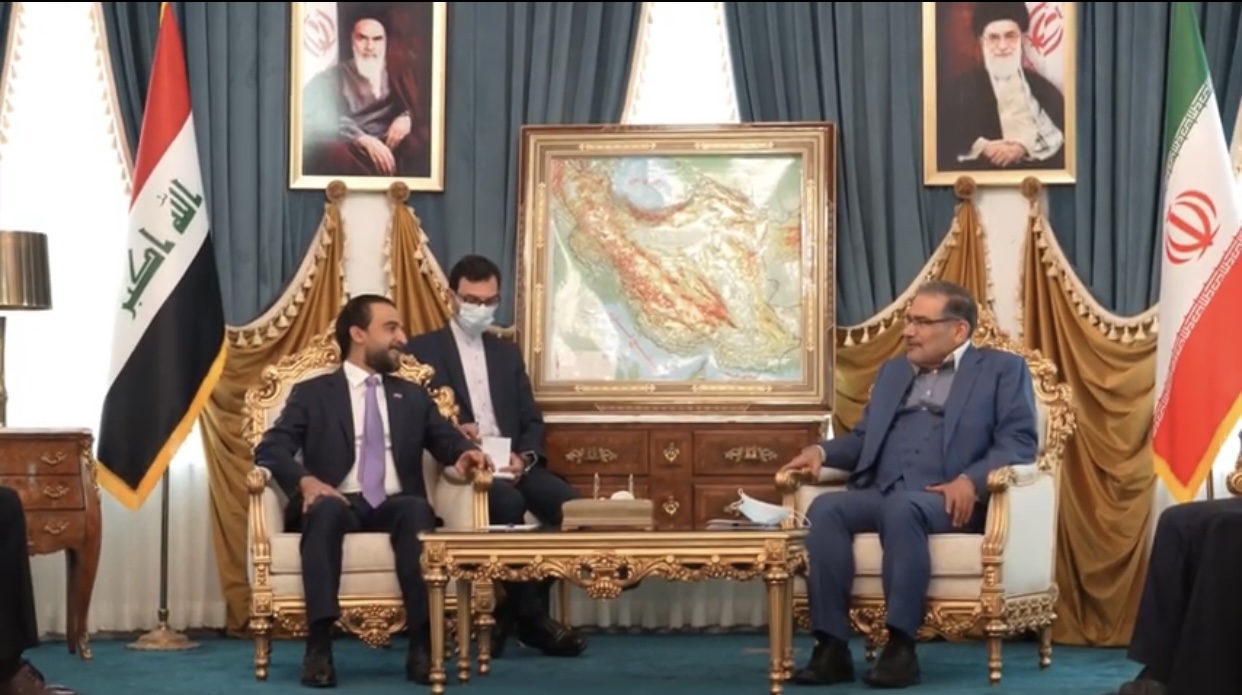 Shafaq News/ Tehran welcomed Iraq's regional role in the negotiations among the region's countries, including between Iran and Saudi Arabia.

During the meeting with Iran's top security official Shamkhani, they discussed bilateral relations, cooperation in the security field, regional and international developments, and other issues of common interest.

"Al-Halbousi stressed that Iraq looks forward to finding the best relations with its neighbors and brothers and seeks to work for the region's stability." A statement said.

For his part, Shamkhani said that Iran "considers sustainable political and security stability in Iraq a national and regional necessity," welcoming Iraq's regional role in the negotiations among the countries of the region, the latest of which is the talks held between the Islamic Republic of Iran and the Kingdom of Saudi Arabia."

The Iraqi Parliament Speaker pointed to "the depth of the bilateral relations, the need to strengthen f cooperation in all fields, and the need to increase the amount of gas imported from Iran upon the request of the Iraqi Ministry of Electricity to provide the needed amounts."

The Iranian Foreign Minister praised Baghdad's role in facilitating the talks, affirming his country's support for Iraq and cooperation in all fields.

Al-Halboosi suspends his visit to Nineveh

Iran to resort to United Nations to return its rights from Iran, Ministry says

At an Iranian request, Qatar to mediate between the Coordination Framework and the Sadrist movement; source