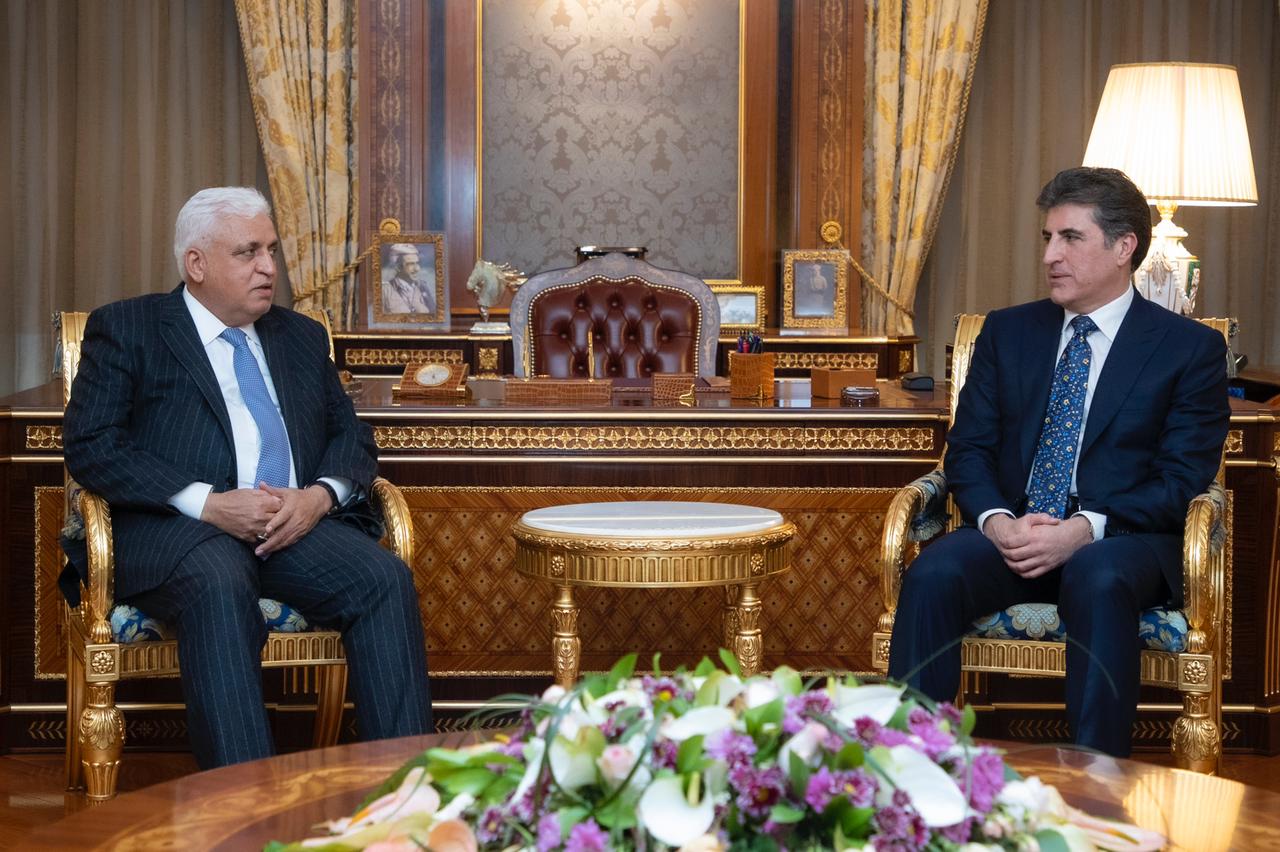 According to a readout issued by President Barzani's bureau, the meeting discussed updates on the political situation in Iraq and the Iraqi forces' preparations for the first sitting of the newly elected parliament.

The statement said that both sides exchanged views on the lineup of the next federal cabinet.

According to a source from inside his bureau, al-Fayyadh arrived in the capital of the Kurdistan Region, Erbil, and immediately headed to the headquarters of the Kurdish leader.

Since the ratification of the election results by the Supreme Federal Court, the Shiite, Sunni, and Kurdish political forces have engaged in meandering negotiations to find a unanimous formula for the next government.

The Sadrist movement is adamant about forming a "national majority government"; a quest the Coordination Framework categorically refuses and proposes forming a "consensus government" instead.

Sunni and Kurdish forces said they refrain from aligning with a side against the other and demand both parties agree on a common ground to break the impasse.

Akar: Turkey and Iraq stand together against terrorism