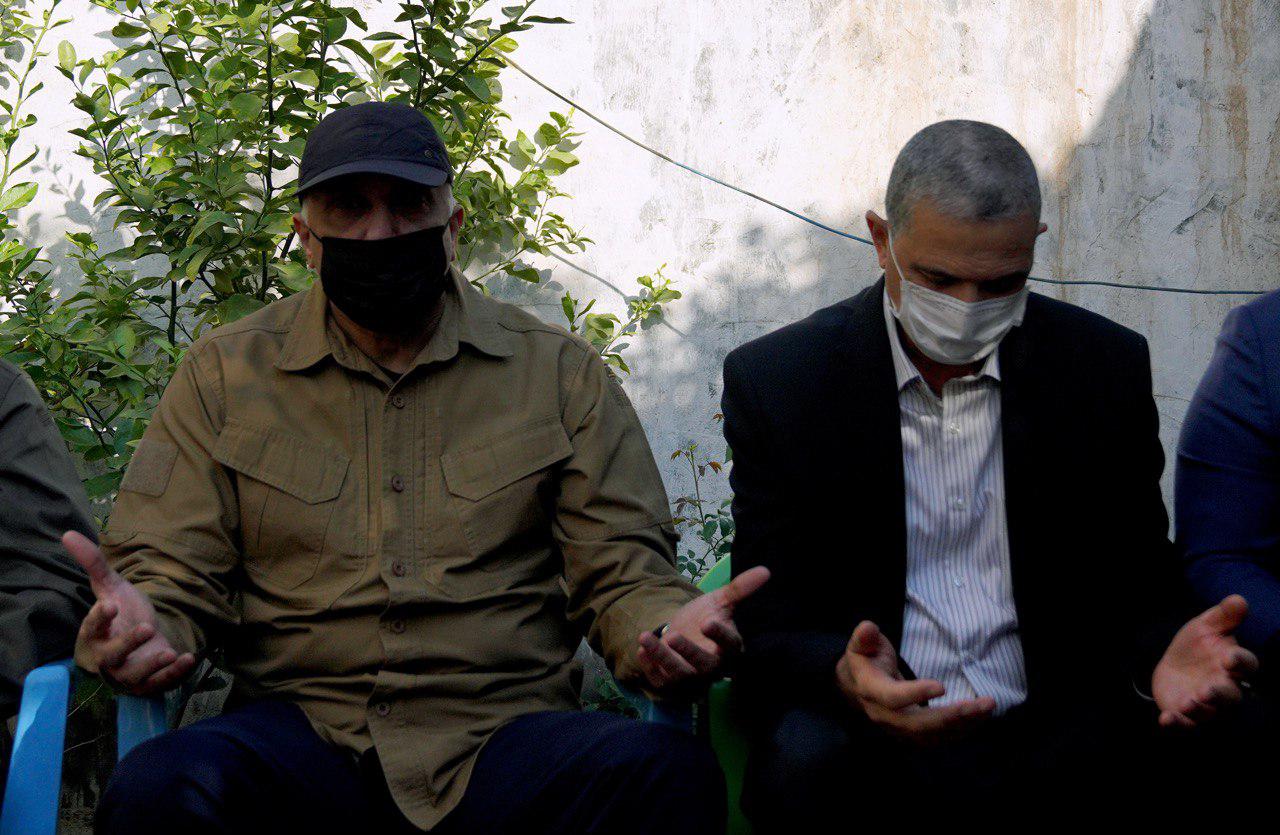 Shafaq News / A source revealed on Sunday several decisions taken by Iraqi PM Mustafa Al-Kadhimi during his visit today to Saladin Governorate, against the backdrop of Al-Farhatiya massacre.

Al-Kadhimi attended the funerals for the eight victims who had been kidnapped and executed by unknown gunmen.

The source told Shafaq News agency that Al-Kadhimi spoke about a strict decision in response to the massacre without revealing its details, and that he held closed meetings with Al-Farhatiyah residents, in addition to a closed meeting with the security leaders in the governorate at the Balad Air Base, south of Saladin.

As by the source, Al-Kadhimi formed a special committee to investigate the massacre.

The Prime Minister, Mustafa Al-Kadhimi, accompanied the Ministers of Defense and Interior, the Head of Al-Hashd Al-Shaabi, the Chief of Staff of the Army and the Deputy Commander of Joint Operations on his visit to al-Farhatiyah district.

During the meeting, Al-Kadhimi said, "Terrorism will have no shelter or place no matter how it tries to infiltrate again. The hand of law and justice will break the back of its remnants wherever they appear".

On Saturday Unidentified gunmen shot dead eight young men without clarifying the reasons, while four others are currently missing, in Saladin governorate.