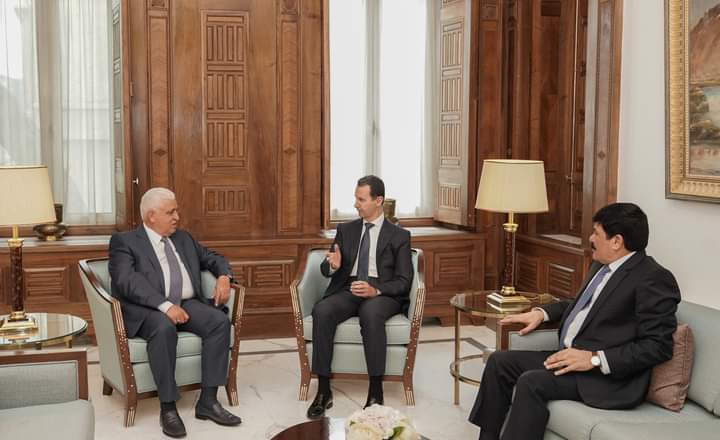 Shafaq News/ The Syrian President, Bashar al-Asad, and the chairperson of al-Hashd al-Shaabi (Popular Mobilization Forces-PMF), Falih al-Fayyadh, warned of the "pro-terrorist states" attempts to revive the terrorist groups and undermine the security of the Iraqi-Syrian borders.

The meeting discussed the coordination prospects between the two neighboring countries and the mutual security challenges at their borders.

Al-Assad and al-Fayyadh laid emphasis on combating the endeavors of "pro-terrorist" states to resurrect the terrorist organizations and undermine the stability the Iraqi and Syrian armies imposed at both sides of the borders.

PMF says a fighter injured while thwarting an ISIS attack