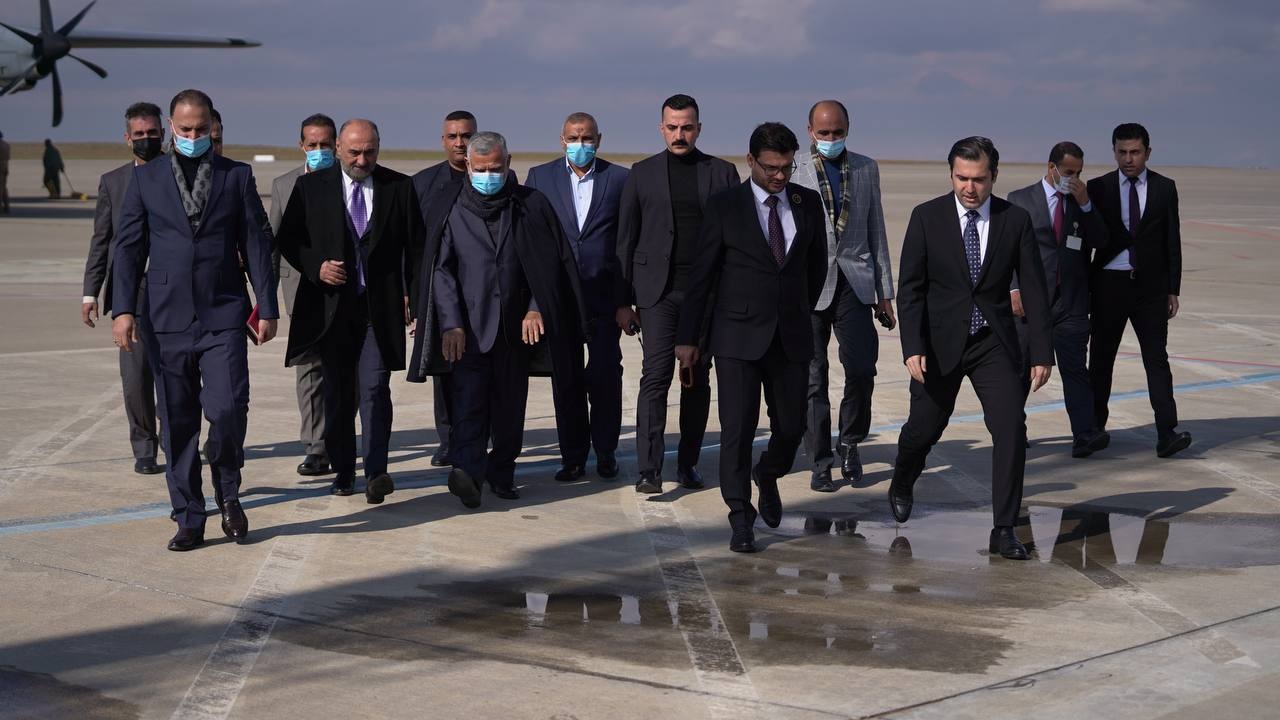 Shafaq News / The office of the head of al-Fatah coalition, Hadi al-Amiri, indicated that the latter did not discuss the new government file with the Kurdish authorities, during his recent visit to Erbil.

A statement by al-Ameri's office said that he did not, "discuss forming the new government or nominating a candidate for the post of Prime Minister during his visit to the Kurdistan Region."

A reliable political source told Shafaq News agency that al-Ameri did not reach an agreement with leader Barzani regarding the new government.

During the negotiations, al-Ameri proposed the name of Haidar al-Abadi as a compromise candidate for the Premiership, but the Kurdish leader refused.

Al-Ameri also proposed that al-Sadr has half the cabinet seats, the Kurds -who already have the Presidency of the Republic and a Deputy Parliament Speaker- get two, and the Coordination Framework and Sunni blocs share the remaining seats. However, Barzani also rejected this proposal.

The Kurdish leader informed al-Ameri that the cabinet shall obtain a Shiite consensus before presenting it to the Kurds.

However, a source from inside the Coordination Framework said that the Shiite forces consortium tried to force Haidar al-Abadi or Mohammad Tawfiq Allawi into al-Sadr's shortlist of Premiership candidates that include the incumbent Prime Minister Mustafa al-Kadhimi with Sadrist candidates.

Shafaq News Agency was informed that the Shiite forces are trying to persuade al-Sadr with the option of "consensus governments" as an alternative to the seemingly failing "unified Shiite bloc".

However, the latter would not mind the State of Law bloc joining the government without their leader, Nouri al-Maliki, according to exclusive leaks to Shafaq News Agency.

Al-Amiri: political forces demand an immediate departure of the U.S. forces from Iraq

KRSC dismantles a dangerous ISIS cell in the region