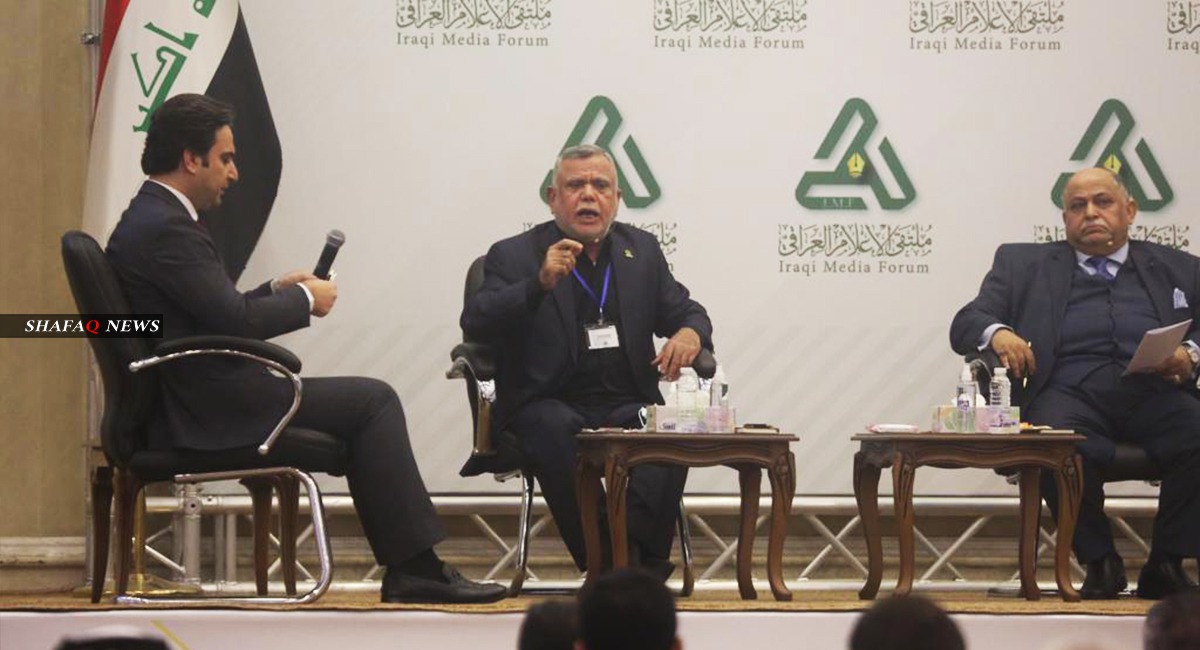 Shafaq News/ The head of the Alliance of "Al-Fatah", the secretary-general of the "Badr" organization, Hadi al-Amiri, criticized the "waning" national will to lift Iraq from the economic crisis despite the enormous potential non-oil resources in the country.

In his speech during the first Iraqi media forum, Al-Amiri said, attended by Shafaq News Agency, "The dysfunction lies within us. We must have a national will to build Iraq. Despite the current economic crisis, we have a huge potential to restore the strength of Iraq. All we need is a national will and self-reliance. The war on ISIS was the beginning of the road that made us look to the promising future of Iraq."

He added, "I do not want to be dreamy. The economic situation is poor, but we have other means. We have more than 78 banks, each of which has a minimum balance of $ 250 million. If we activate the private sector, the economic situation will improve, but, unfortunately, we are still a rentier country that entirely relies on oil."

"Al-Faw port investment is a test before us. We must proceed without relying on particular companies or countries. Al-Faw port must be presented to all companies and countries for its construction and joint management as well," he added, "When I was Minister of Transport from 2010 to 2014, I showed great interest in the port of al-Faw. I used to view it as one of the most important economic projects in Iraq that could generate great profits. Despite the availability of funds at that time, we were considering investing in it."

Al-Amiri said on the drop of the value of the Iraqi Dinar, "We have a great imbalance in this regard. There is no control over the currency auctions. The central bank dollar sells to banks for 1119 dinars per dollar, and the banks sell at the price of 1250 dinars at a minimum. There is an intractable problem here."