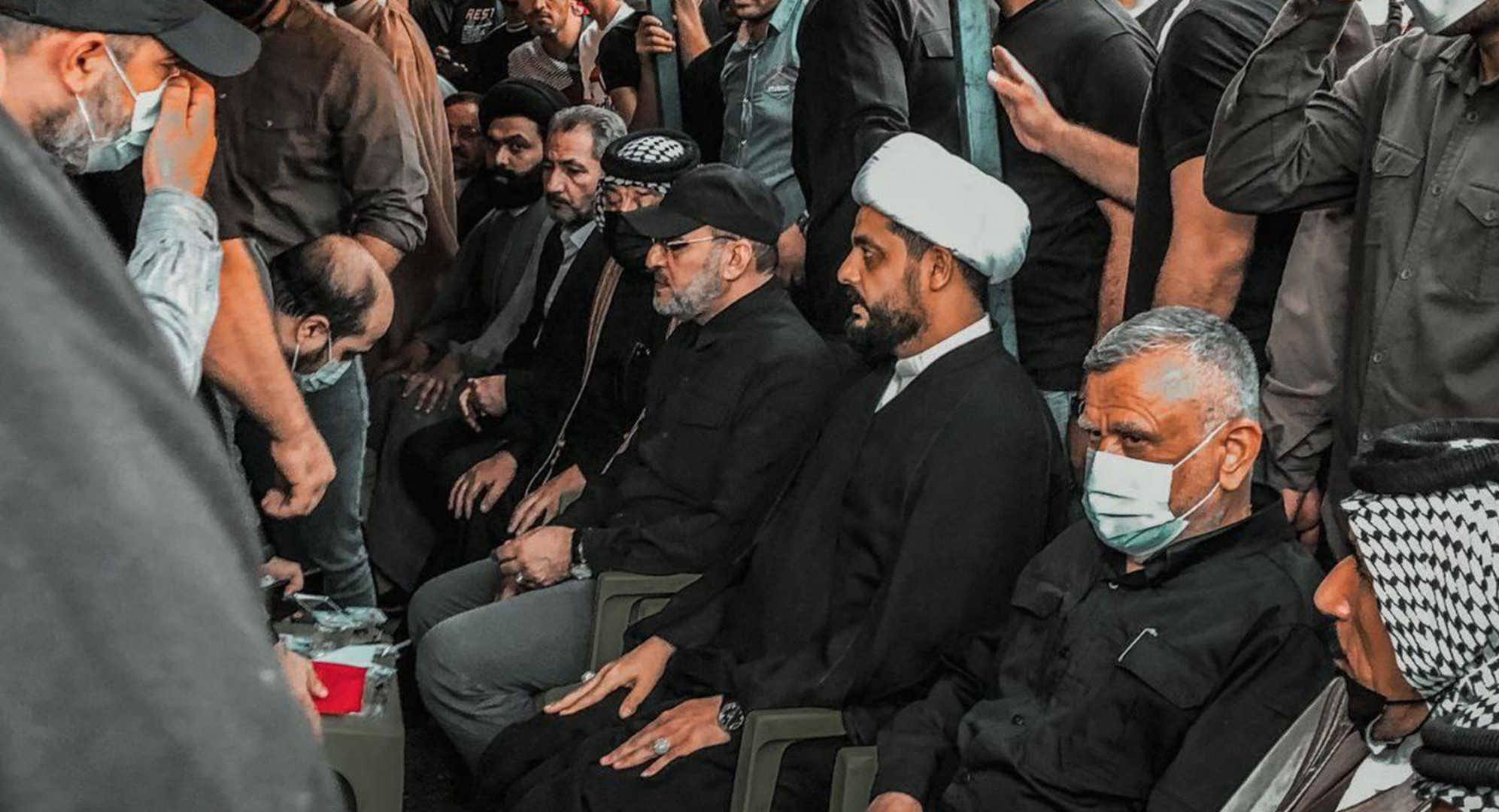 Shafaq News/ The head of al-Fatah, Hadi al-Ameri, said earlier today, Saturday, that yesterday's violence against the demonstrators protesting the election results "will not go unpunished."

Al-Ameri's remarks came in a speech he delivered during a condolence gathering for the victims of Saturday's clashes between the protestors and the law enforcement forces near the Green Zone, downtown Baghdad.

"Those who gave and executed the orders will be punished," al-Ameri said, "we will not pass this crime in silence."

"A part of yesterday's conspiracy is to drive a wedge between the peaceful demonstrators and the security forces," he continued, "but they will not succeed."

At least a person perished, and 346 were injured in clashes between the demonstrators and the security forces near the entrances of the heavily fortified Green Zone in Baghdad.

Protests against the results of Iraq's recent parliamentary election turned violent on Friday, with hundreds of supporters of pro-Iran political groups clashing with security forces in the capital Baghdad near the heavily fortified Green Zone.

Supporters of the pro-Iranian groups, which suffered large losses in the polls, threw stones at security forces, which in turn fired tear gas and live rounds in the air to disperse the crowds.

The clashes erupted late on Friday when hundreds of demonstrators, divided into several groups, tried to cross Al-Jumhuriya Bridge, which leads to the Green Zone.

A second group tried to cross a suspension bridge leading to the Green Zone from an opposing side but were prevented from doing so by security forces.

Footage broadcast on pro-Iran channels on the messaging app Telegram showed security forces firing tear gas and burning trees near the Green Zone to prevent the angry mob from advancing.

The Commander-in-Chief of the Armed Forces, Prime Minister Mustafa al-Kadhimi, on Saturday instructed establishing an advanced headquarters to secure the gathering of the demonstrators protesting the election results in the aftermath of yesterday's violent clashes downtown Baghdad.

A statement by the Joint Operations Command said that the headquarters will be run by a senior officer, in addition to a group of officers representing several security agencies, including al-Hashd al-Shaabi (Popular Mobilization Forces-PMF).

The Joint Operations Command urged the demonstrators to practice their freedom of expression within the framework of the constitution and the security forces to exhibit self-restraint, professionalism, and commitment to human rights.

Al-Ameri: the Coordination Framework will not give the rights of the Shiite community