Airforces shall be deployed to eradicate ISIS in Saladin, local official says 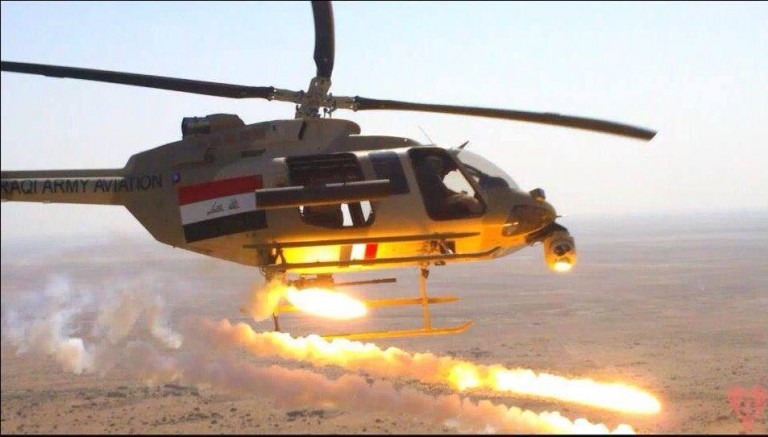 Shafaq News/ A local official in Saladin called on the Iraqi security forces to deploy aircraft to eradicate ISIS hotspots in the east of the governorate and Kirkuk outskirts.

The Deputy Commissioner of Amerli district, Adel Shakour, said in a statement to Shafaq News Agency, "the Security situation in the territory between Hemrin mountains at the outskirts of Kirkuk, east of Saladin, and west of Amerli is quite challenging. It has not been completely resolved over the past few years and serves as a safe haven for the terrorist ISIS groups."

"The only way to dismantle the ISIS network residing there for many years is the continuous and intensive airstrikes," he continued, "ISIS militants move freely inside this territory. They travel via motorcycles and pack animals through rugged roads. It is imperative to carry out preemptive operations to terminate those cells."

"The incident at al-Azim lake is a wake-up call on the growing threat of ISIS in the area near the lake between west Amerli and east Kirkuk," he said.

A few days ago, clashes erupted between a force from al-Hashd al-Shaabi (Popular Mobilization Forces-PMF) and locals on one side and ISIS militants on the other during a search campaign for a fisherman who was abducted by an ISIS group after killing his companion near al-Azim lake.

A security source said that the clashes ended after the Iraqi airforces bombed ISIS sites in the territory, while the fate of the abducted fisherman remained unknown.

Another security source said that the confrontations resulted in the death of two PMF fighters from Asad Amerli Brigade (Amerli Lion).

A source told Shafaq News Agency that four fighters from the PMF and supporting locals were killed and four others were injured in the confrontations near al-Azim lake, west of Amerli.

One killed and another injured in an explosion in Saladin