About 600 Iraqis return voluntarily from the Belarusian border 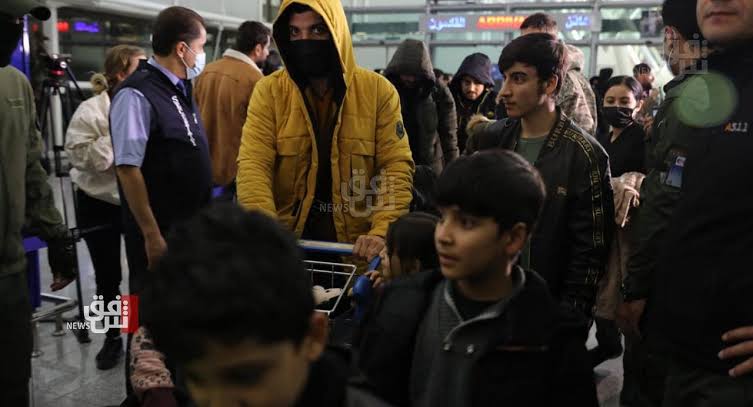 Shafaq News/ The Iraqi Ministry of Foreign Affairs announced the return of about 600 citizens from the Belarusian border on Thursday.

The Ministry's spokesperson, Ahmed Al-Sahaf, said in a statement, "The ministry's efforts are continuing to return the migrants who want to go back voluntarily, and 617 Iraqis are now being returned, in coordination with Iraqi Airways, from the Belarusian capital, Minsk."

Al-Sahhaf added, "The voluntary return is a humanitarian path and a diplomatic response, and the government has put all capabilities in place to make it successful."

"Our priority is to evacuate children, women, and the elderly…the diplomatic teams of the Ministry are closely following up the provision of humanitarian support and securing the voluntary return."

Earlier today, The Iraqi Ministry of Transport had announced that the General Company for Iraqi Airways would operate two exceptional flights to evacuate Iraqi citizens stranded between the Belarusian-Polish border.