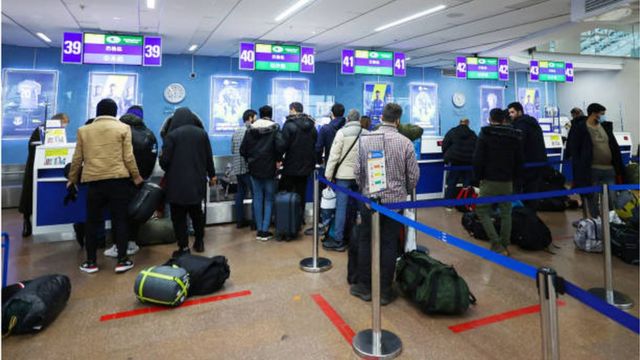 Shafaq News / The Iraqi Ministry of Foreign Affairs revealed the latest developments in the file of Iraqi migrants stranded at the Belarusian border with the European Union countries on Friday.

The Ministry's Spokesperson, Ahmed Al-Sahaf, said in a press statement that the ministry "has been following the developments of the Iraqi migrant file since mid-June 2021, and Foreign Minister Fouad Hussein had made extensive contacts with his counterparts in the European Union to provide security and safety for Iraqi migrants and to stop human smuggling and trafficking networks."

Al-Sahaf added that the Ministry instructed the Iraqi embassies in Moscow and Warsaw to inform the diplomatic teams about the locations of the migrants and provide the necessary support as well as coordinate with the authorities in Belarus, Lithuania, Latvia, and Poland."

the Spokesperson stressed the Ministry's keenness to "urgently coordinate with national authorities and that it has so far succeeded in returning migrants on exceptional flights and coordination with Iraqi Airways."

Al-Sahaf explained that the total number of voluntary returnees is 1894.

He concluded, "the Ministry of Foreign Affairs is continuing its efforts to complete the voluntary return process, to provide the security and safety of migrants."