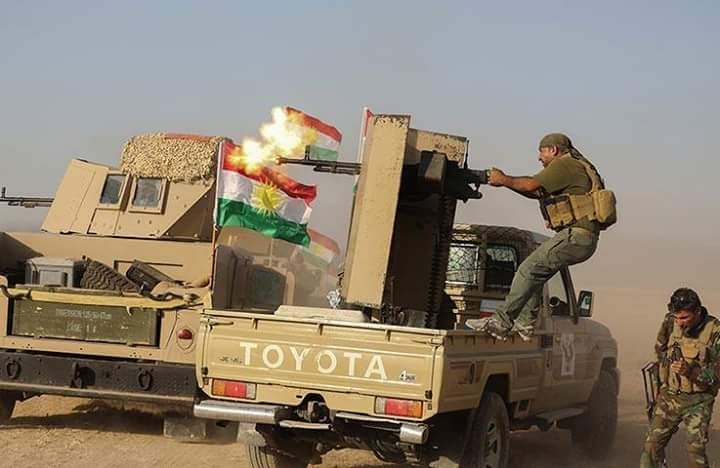 Shafaq News / A member of the Parliamentary Security and Defense Committee said on Monday the joint security coordination between the federal Ministry of Defense and Kurdistan’s Ministry of Peshmerga protects the security of Iraq.

Harim Agha confirmed to Shafaq News Agency that this coordination is existed since the fall of the former regime under a constitutional cover. “The Peshmerga have been present in Baghdad and several governorates under security plans of the Iraqi state, far from any national or sectarian differences.”

The PUK representative added that ISIS gangs expanded their terrorist attacks in the disputed areas and on the borders of several governorates due to the absence of security coordination between the Peshmerga and the Iraqi Army which left vacuums over the past four years.

Agha called on some political parties and personnel to distance the security and interest of the citizen from any electoral goals, as this “will not benefit all components that aspire to live in security and stability away from terrorism.”

He considered opening joint coordination centers in Diyala, Kirkuk, Nineveh, Saladin and Makhmur as “a security victory over the remnants of terrorism and a step to achieve security and stability in areas that have suffered from terrorism.”

Earlier, a Peshmerga military commander revealed to Shafaq News Agency details about the joint coordination agreement, which includes opening four joint coordination centers in Makhmur on the borders of Erbil, Kirkuk and Tuz Khurmatu, east of Saladin and Khanaqin in Diyala.