A new attack targets the transmission lines in Saladin 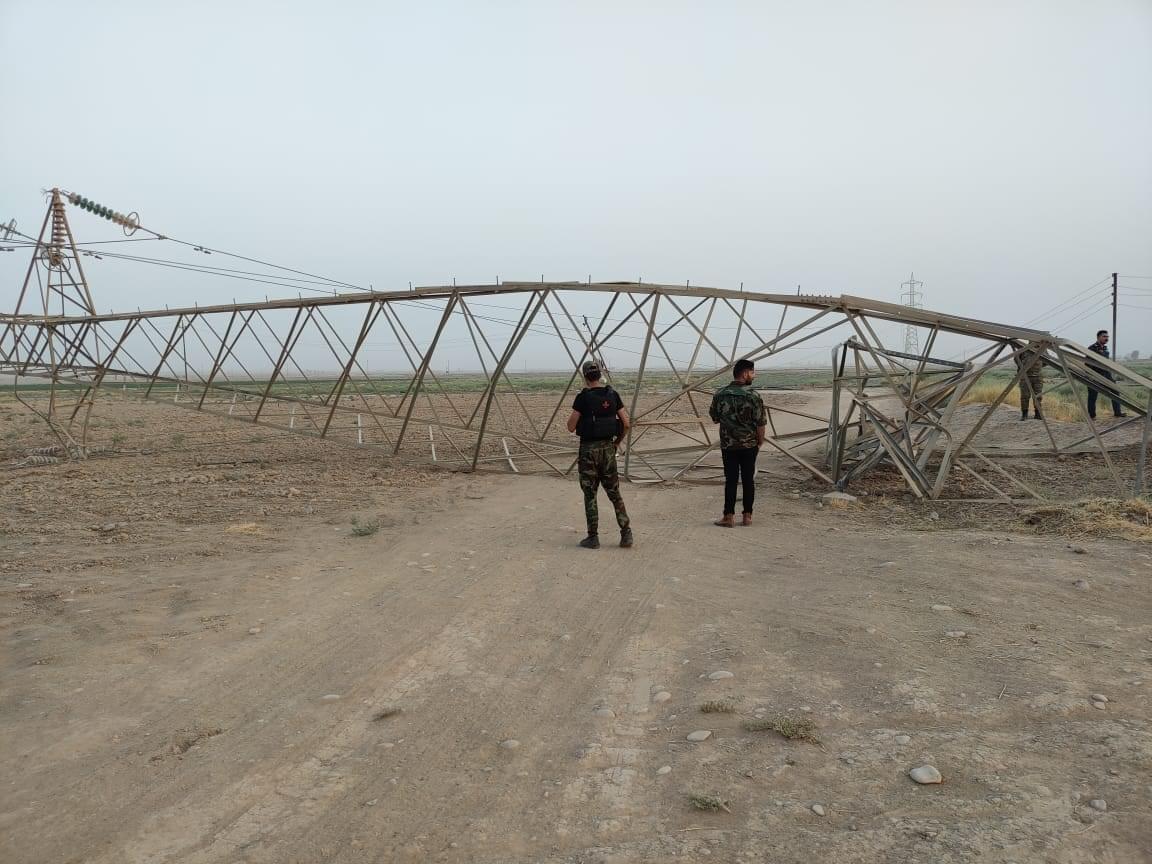 Shafaq News/ Iraq’s Ministry of Electricity announced, on Thursday, that the transmission line of Samarra - south of Tikrit was attacked with an explosive device.

The Northern Electricity Transmission General Company affiliated with the Ministry said that the line was “exposed to a cowardly act of sabotage which destroyed a transmission tower and damaged another.” Adding that the attack also affected the electric wires between the Abbasiya and Mukeshifa areas in Saladin Governorate”.

Power went out completely across most of the country's Governorates, residents said, in some of the worst shortages this year.

Power from Iraq's main grid suffers year-round from hours-long cuts each day, but the shortages worsen during the hot summer months when temperatures regularly reach 50 degrees and households rely on air conditioning.

Iraqis blame a government that relies on energy imports from Iran and which they say has failed to develop Iraq's grid to serve its population.

Reduced power supplies from Iran and a series of attacks on power lines by militants have compounded the electricity crisis.