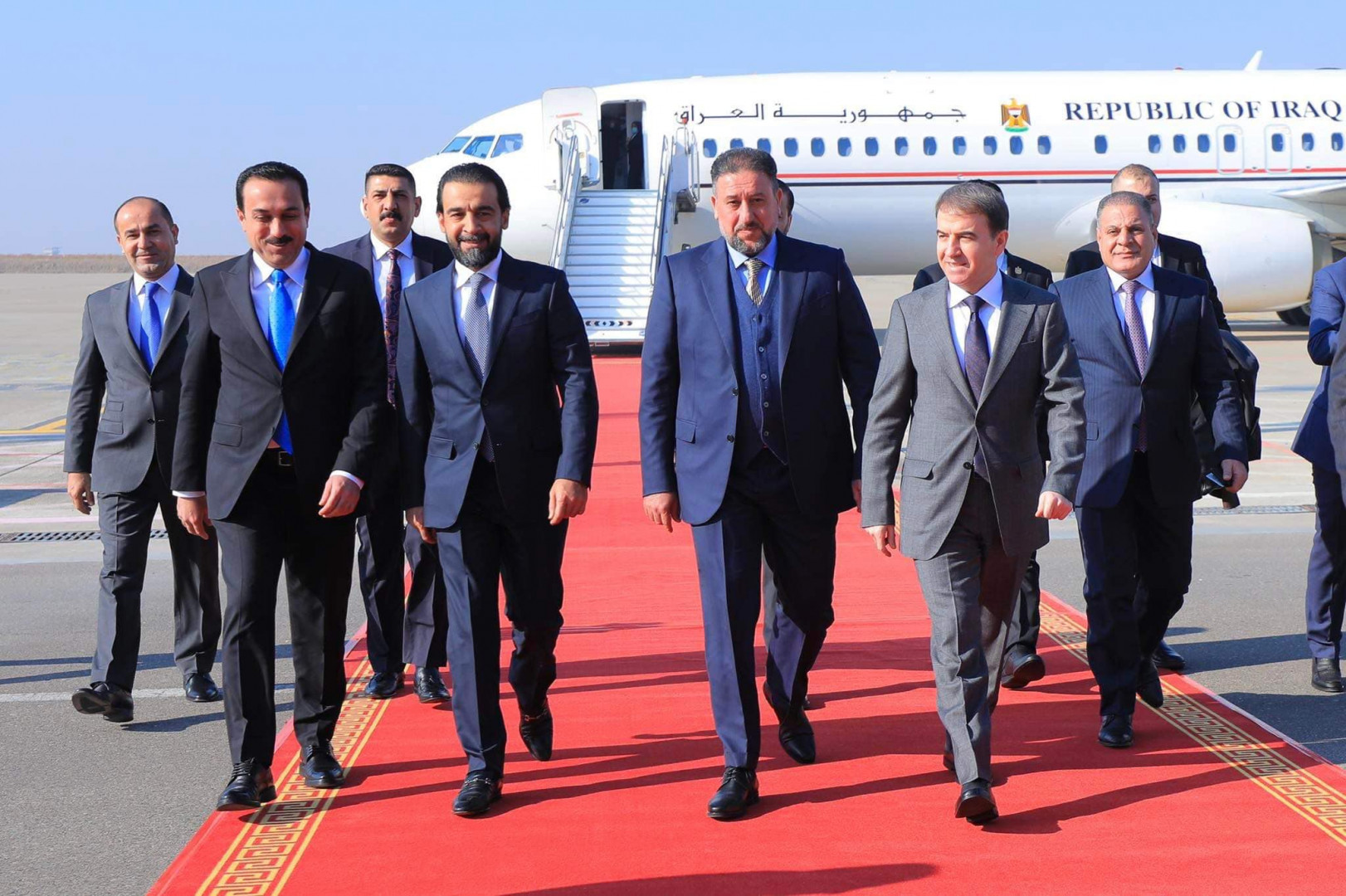 Shafaq News/ Two Sunni blocs have agreed on Saturday to form a joint alliance led by Khamis al-Khanjar in the new Iraqi parliament.

A political source told Shafaq News Agency that the "Takadum" Coalition headed by Muhammad al-Halbousi and "Azm" led by Khamis al-Khanjar reached an agreement to ally and voted unanimously to choose al-Khanjar as the head of the alliance.

The agreement comes after Al-Halbousi and Al-Khanjar visited Erbil and met the Kurdish leader and head of the Kurdistan Democratic Party, Masoud Barzani.

The two sides had also agreed to nominate Mohmmad al-Halbousi to assume the post of Speaker of Parliament for a second term.

It is worth noting that Azm (14 seats) and Takadum (37 seats) are the two largest blocs of Sunni political forces in the Iraqi parliament.

Tomorrow: A Parliamentary meeting to settle the budget and the Federal Court laws