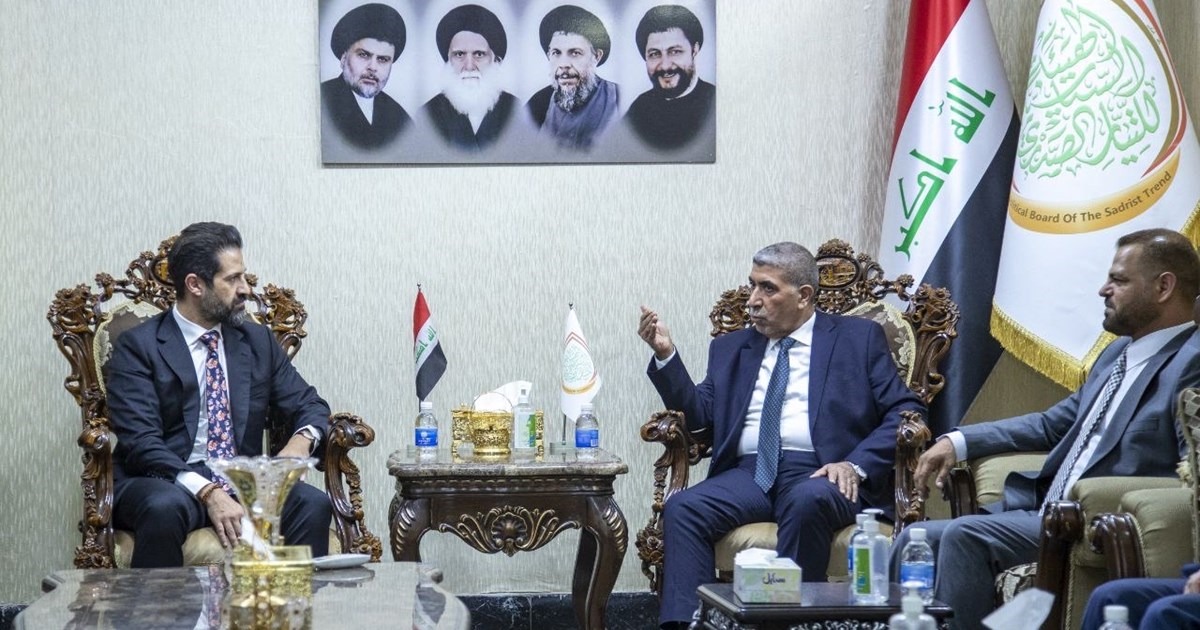 Shafaq News/ Kurdistan’s Deputy Prime Minister, Qubad Talabani, and the political body of the Sadrist Movement stressed, on Wednesday, the need to solve all outstanding problems between Baghdad and Erbil with a "firm and unified" stance.

The KRG Presidency said in a statement the Kurdish delegation headed by Qubad Talabani, discussed with the head of the political body of the Sadrist Movement Nassar al-Rubaie, the bilateral relations and issues of common interests.

According to the statement, Talabani praised the role of the Sadrist Movement in facilitating the approval of the 2021 General Budget Law.

For his part, Al-Rubaie appreciated the efforts of the Kurdish negotiating delegation in gathering perspectives of the Iraqi parties on resolving outstanding problems, noting that voting on the budget and approving it will be the base for resolving all other issues.

The Sadrist official expressed hope that an atmosphere of optimism would prevail between Erbil and Baghdad to relieve all the problems of Iraq.

Sadrist movement opens the door for recruitment in the Iraqi state

Sadrist: all parties should be prepared for early elections