A delegation from the federal judiciary to visit Erbil tomorrow 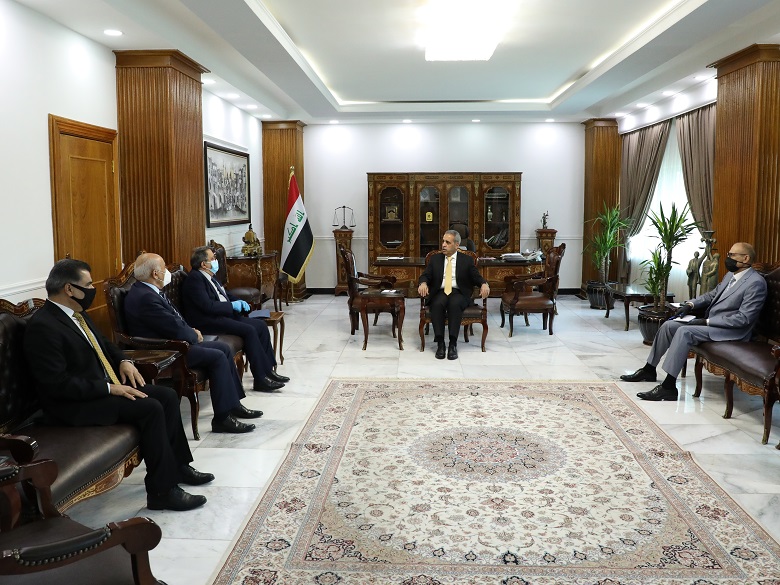 Shafaq News / An informed source in Erbil, the capital of Kurdistan Region revealed today, Monday, that the head of the Supreme Judicial Council in Iraq will visit Erbil tomorrow at the head of a high-ranking delegation, to hold a series of meetings with senior leaders and officials in the region.

It is expected that the delegation will be received by the Minister of Justice in the regional government, Firsat Ahmed, and senior officials in the judicial authority in Kurdistan Region.

A statement by the Judiciary Media office stated, "The President of the Supreme Judicial Council, Judge Faik Zaidan, received in his office today, the head of Kurdistan Region Council, Judge Benin Qassem, Minister of Justice, Firsat Ahmed, and the head of the regional government representation in Baghdad, Faris Issa".

US Consulate in Erbil displays lights in solidarity with Ukraine