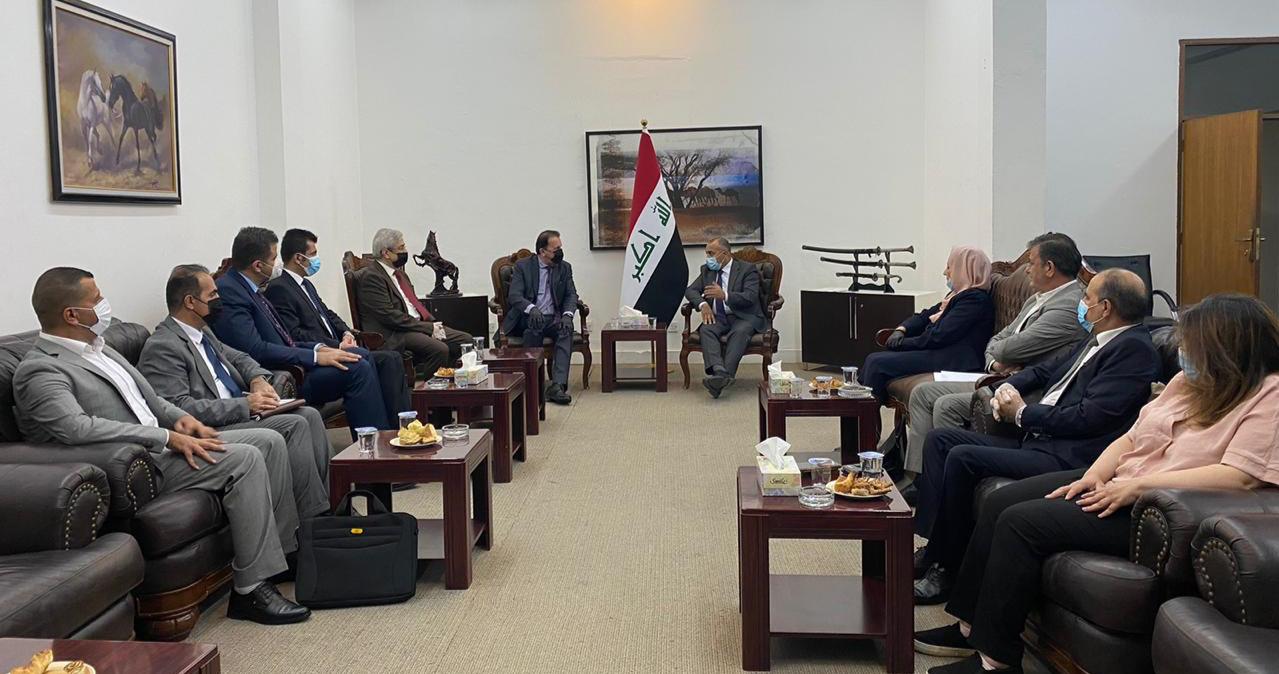 Shafaq News / The National Coalition, led by Iyad Allawi, and a delegation from Kurdistan Democratic Party discussed, on Friday, coordinating positions on the election law.

A statement of the coalition, received by Shafaq News agency, stated, "the head of the parliamentary bloc of the National Coalition, Kadhim al-Shammari, received a delegation from Kurdistan Democratic Party headed by MP Khusraw Goran".

The two sides discussed, "the importance of coordinating positions within the House of Representatives, especially with regard to the position on the election law in its current form, emphasizing the need to amend it to ensure fair and equitable representation and support the independence of the upcoming elections, in addition to a detailed discussion on the issue of electoral districts".

They also stressed the necessity of adopting biometric voting as a prerequisite for overcoming violations in previous elections and standing against any attempt to falsify the will of the Iraqi voter.

Al-Shammari indicated, during the meeting, that "the leader of the coalition, Dr. Iyad Allawi, made a phone call with the leader of Kurdistan Democratic Party, Mr. Masoud Barzani, during which they discussed these files and other issues related to developments in the local arena. They also agreed to hold a meeting in the coming days".

An early parliamentary election is scheduled to be held in Iraq on the sixth of next June, while political blocs are still divided over the draft election law, elections the issue of electoral districts.

Minister Allawi on Funds sent to Kurdistan: we did not approve

209K lecturers from all Iraqi governorates, except Kurdistan's, will be offered contracts, MP says