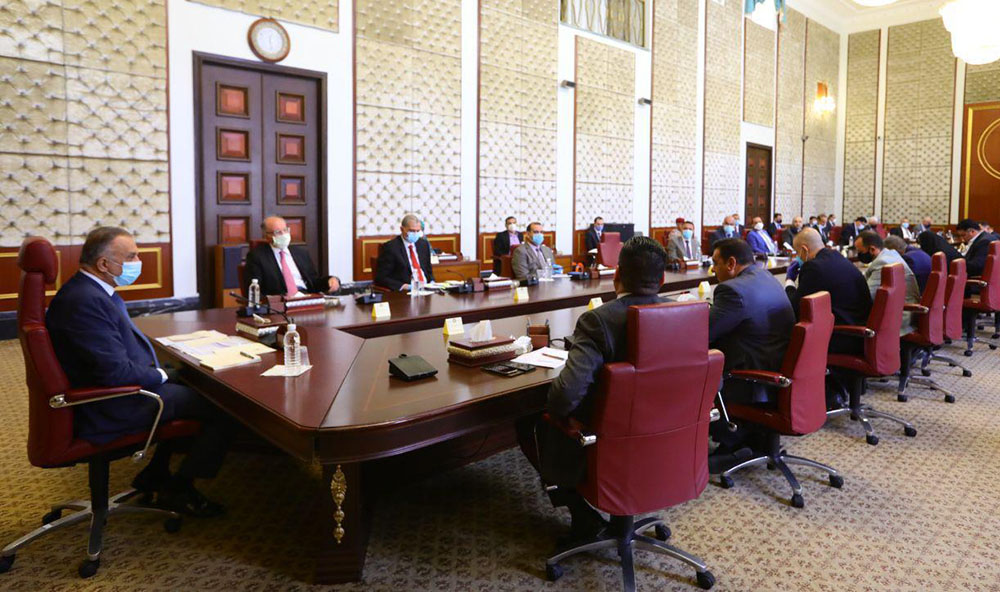 Shafaq News / The Iraqi government withdrew the 2020 budget bill from Parliament only a day after its submission, the Parliamentary finance committee revealed today, Tuesday.

A member of the committee, MP Ahmed Al-Saffar, told Shafaq News agency, "the government withdrew the general budget for 2020 from the Council of Representatives to make some changes", indicating, "the withdrawal of the bill came a day after sending it to Parliament".

Al-Saffar added, "The Financial Committee was planning to include the budget on the agenda of next Thursday's session for the first reading and voting on it within a maximum of two weeks".

Al-Saffar suggested, "the purpose of withdrawing the budget law might making some changes or reducing expenditures and the deficit in the 2020 budget".

On September 14, the Iraqi Council of Ministers approved the draft federal budget bill for the current year, indicating that it was submitted to the Council of Representatives.

On Monday, September 21, the government's representative in the Iraqi parliament, Turhan Al-Mufti, announced the submission of the country's draft fiscal budget for 2020 to Parliament.

The Parliamentary Economic and Investment Committee revealed earlier that the size of the federal budget deficit for 2020 amounted to 45%, indicating that it focuses on securing salaries and financing the ration card, as well as facing COVID-19 pandemic.

The Parliament might vote on the budget bill without the Kurds, MP says

The Parliament may resume its sessions next week, MP says