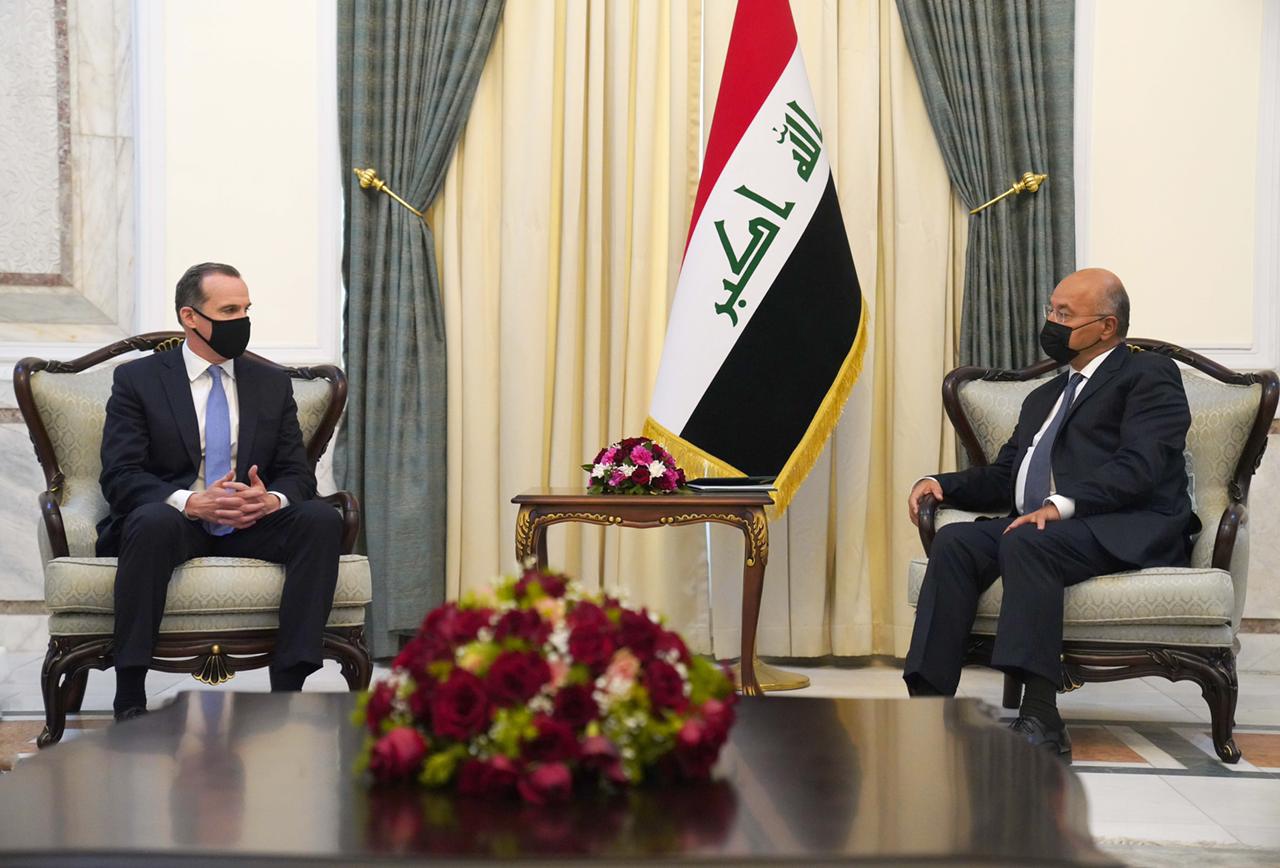 A statement by the Presidency said "the meeting discussed ways to enhance bilateral relations between the two countries in the political, security, economic and cultural, and combating terrorism fields in the context of the strategic dialogue and in accordance with common interests.”  The latest regional and international developments of mutual interest were also discussed, as President Saleh affirmed that "Iraq is following balanced policy that reduces tensions in the region.

For his part, Al-Halbousi's office said in a statement, "The meeting with the U.S.

delegation discussed the cooperation between Iraq and the United States of America in various fields, including health, to confront Covid-19 pandemic, as well as stressed the importance of activating the outcomes of the strategic dialogue between the two countries." For its part, the American delegation affirmed Washington's commitment to supporting the security and stability of Iraq, ensuring its sovereignty, combating terrorism and strengthening its economy, and continuing joint coordination within the strategic dialogue between the two countries in various fields, and “working together for a strong, sovereign Iraq.” The U.S.

delegation is making a visit to the Middle East from May 1 – May 7, stopping in Abu Dhabi, Amman, Cairo, and Riyadh. According to U.S. state department, the delegation will meet with senior government officials and affirm the long-standing political, economic, cultural, and security ties between the United States and our regional partners.