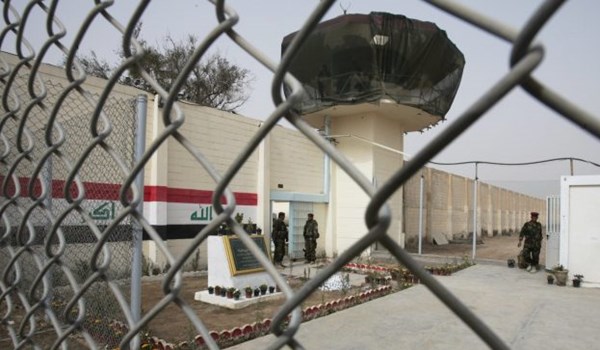 Shafaq News / A security source reported that a high-level security official in Al-Muthanna governorate was sacked on Monday, after prisoners escaped from Al-Hilal prison.

The source told Shafaq News agency that the Ministry of Interior had dismissed the head of the Directorate of Narcotics in Al-Muthanna, Brigadier Jassem Majhoul, from his post, following the escape of inmates from Al-Hilal Prison."

The source indicated that an unknown person was arrested and referred for investigation.

Yesterday, Sunday dawn, 21 inmates escaped from a prison designated for those convicted of drug trafficking and terrorism charges, in the Al-Hilal sub-district of Al-Muthanna Governorate.

Later, the Ministry of Interior reported that it had arrested 16 of the escapees, and search campaigns continue to pursue the remaining fugitives.