40 killed and wounded by security using bombs against protesters in Baghdad, Reuters 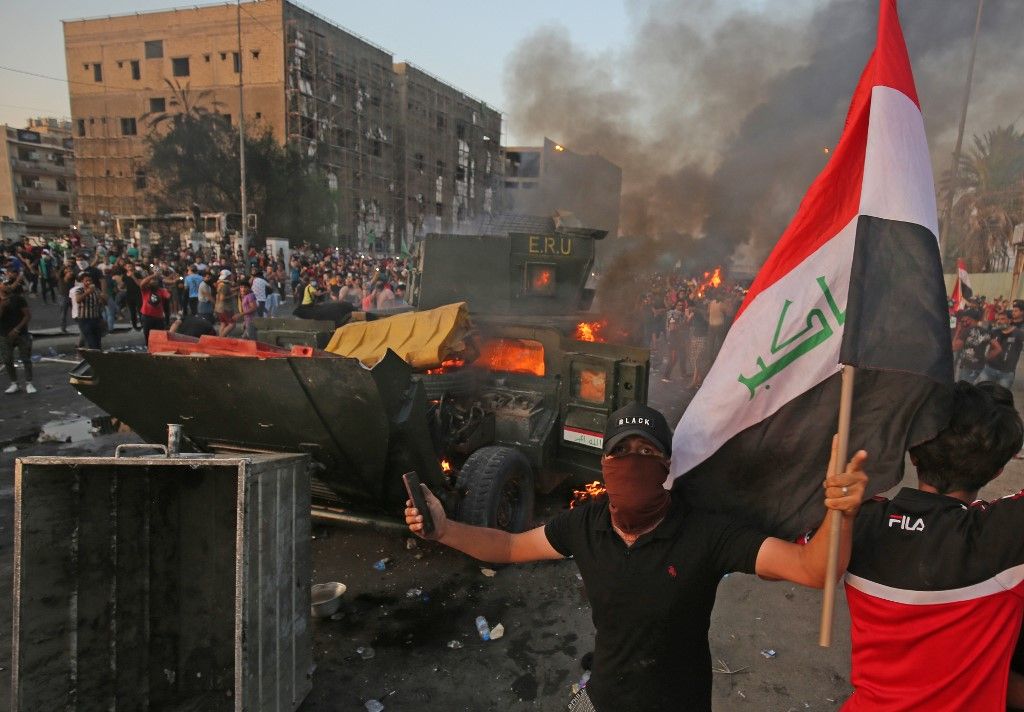 Shafaq News/ At least two protesters were killed and dozens wounded in an attempt by security forces to break up demonstrations near a bridge in central Baghdad, Reuters news agency reported on Thursday.

Two people were killed and 38 wounded after Iraqi security forces used tear gas against demonstrators in Baghdad, according to Reuters .

Hours after his abduction ... The body of a civilian activist found in Baghdad