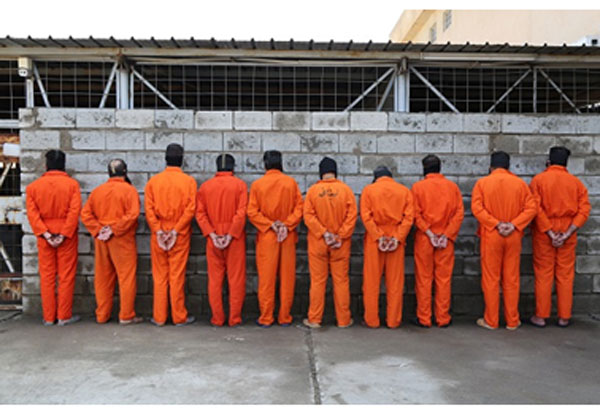 The spokesperson for Diyala Police, Brigadier General Nihad Al-Mahdawi, said in a statement received by Shafaq News agency that the governorate police carried out arrest warrants against 12 wanted persons over various terrorist and criminal charges.

He added the defendants were detained and handed over to the relevant authorities to resume the legal procedures.

In a related matter, the Media Department of Wasit Police Directorate stated that a wanted in accordance with Article (444 B.C.) was arrested earlier today. The defendant was found in possession of an unlicensed weapon, a stolen motorbike, and forged I.D.s.

3.6-magnitude quake in a district in Diyala