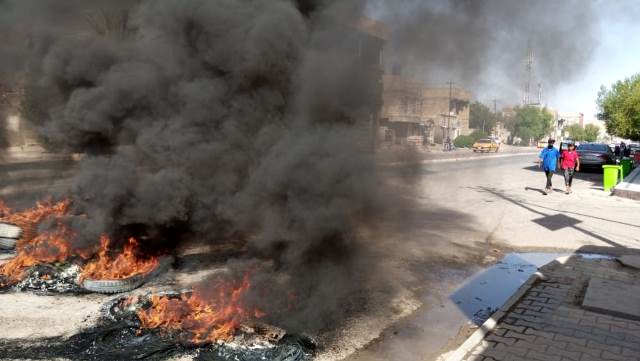 The sources told Shafaq News Agency, "A large committee sent by Prime Minister Mustafa Al-Kadhimi, headed by the Minister of Youth and Sports Adnan Darjal, and the membership of the Undersecretaries of the Ministry of Interior, Health and Intelligence, and the Director of National Security arrived at dawn today, to Nasiriyah."

The sources indicated, "The committee held a meeting with the local government at the Imam Ali base in the governorate to discuss the reasons for the Nasiriyah hellish night."

The sources indicated that there is a clear "deliberate negligence"

Prime Minister, Mustafa Al-Kadhimi, decided, during a meeting held last night, to form a ministerial and security delegation to go to Dhi Qar Governorate and investigate the tragedy of the fire.

Iraq declared official mourning for the victims of the tragedy, which is the second in three months after the Ibn Al-Khatib Hospital tragedy in the capital, Baghdad.